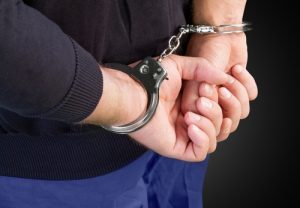 Domestic violence is a general term describing various crimes and offenses committed between the members of the same family or household, as this term is defined in New York Family Court Act (“FCA”). This includes not only spouses or former spouses, parents and children but also people who are involved in an intimate relationship, people who have a child in common, and even former boyfriends and girlfriends. If you have been arrested for domestic violence, you need to consult with experienced Criminal Defense Attorney right away.

Sometimes arguments within a family escalate to physical violence, and this is when somebody calls 911 and police gets involved. According to police guidelines, if a police officer determines on the scene that the domestic violence offense took place, he or she must make an arrest. Often times, people do not realize that calling the police and reporting a domestic violence incident will most likely cause an arrest of their family member or an intimate partner, that an Order of Protection will be issued by a Judge at arraignment in Criminal court, and that the resolution of this case and thus return of their family member home may take several months.

Sometimes we deal with cases where a complaining witness wants to stop criminal proceedings and “cancel” an Order of Protection. It is essential to understand that a criminal case is not a matter between two private parties. Defendant is being sued in a criminal court by an appropriate District Attorney’s office on behalf of the People of the State of New York. While a prosecutor generally is obligated to consult with a complaining witness regarding their wishes towards a resolution of a criminal case, it is ultimately in the DA’s discretion whether to offer a defendant a plea deal or insist on holding the Defendant to the charge (i.e. offering no deals) and, if necessary, take the case to a jury trial to prove defendant’s guilt. Because of that, a complaining witness, who initially called the police and made the report regarding the incident of domestic violence, cannot simply stop the proceeding and vacate an Order of Protection. This could be done only by Criminal Court Judge. Being arrested for domestic violence offense complicates a person’s life, to say the least.

Almost certainly, following arraignment of a Defendant on domestic violence charges, a Judge will issue a full stay-away Order of Protection against the Defendant and in favor of a complaining witness. That means that Defendant would not be able to return back home until such order is amended by the Court, with an exception of a special permission by the Court, when requested, to pick up his/her personal belongings in the presence of and with the escort of a local police officer within a time frame specified by the Court. If a person gets arrested for domestic violence, a judge will issue a Full stay-away Order of Protection which prohibits Defendant to not only see or approach the protected person, but also to contact that person by electronic means, through social media or even through third parties, such as common friends or relatives.  The resolution of domestic violence criminal cases often involves anger management or alcohol treatment classes, and some form of final Order of Protection. The goal for an experienced criminal defense attorney is to avoid a final stay-away Order of Protection for the client and to resolve the matter with a limited “do not harass” Order of Protection (or vacate it completely) that allows Defendant to communicate with a complaining witness but prohibits him/her from committing additional offenses. It is worth mentioning that a violation of an order of protection is a crime itself – Criminal Contempt. It can be either a misdemeanor or a felony. Criminal contempt cases from a perspective of the prosecution, oftentimes are stronger and easier to prove for the prosecutor, than the underlying domestic violence charge. If the police were called and observed Defendant in the vicinity of the complaining witness, or if Defendant attempted to call, write or otherwise electronically contact the protected person, usually there is an undeniable trace of such contact. Coupled with an existing Order of Protection, the proof of such contact is enough to convict Defendant of the criminal contempt charge. If you have been arrested for domestic violence, it is important to speak with an experienced criminal defense attorney right away.

Sometimes, police refuse to make an arrest during a domestic violence investigation, however, they advise a victim to go to a Family Court and ask a Judge to issue an Order of Protection. Both Criminal Courts and Family Courts in the State of New York have concurrent jurisdiction over certain offenses designated as family offenses. The difference between proceedings in two courts is that in a Family court, you, the Petitioner is the party to the case, and you have control over the Court’s proceedings over the Respondent (the person who you allege committed family offenses against you). At any point, you may reach an agreement with the Respondent as to how to resolve the case, or you may simply withdraw your petition. If police refuse to arrest a person you are complaining about, you may file a petition in Family Court. Family Court judge has the jurisdiction to issue an Order of Protection (stay-away or limited) that will have the same force and effect as the one issued by a Criminal Court Judge.

Disposition of a Family offense petition, lacking an agreement between 2 parties, will be made by a Family Court Judge upon a fact-finding hearing. New York Family Court has jurisdiction over other types of petitions, besides a family offense petition, for example, it can adjudicate Custody and Visitations, Child Support, Child Support Modifications, Child Abuse or Neglect, Paternity, etc.

Sometimes, following an arrest and arraignment at the Criminal court, there is also a Family offense petition filed in a Family Court, requiring a client to attend both courts for the duration of their respective matters. If children are present in the household, Criminal Court often times issues an Order of Protection covering the children as well and making it subject to a Family Court order. In such a case, a Defendant, who wishes to maintain the relationship with his or her children must go to a Family Court and file Visitations petition, asking the Judge to set the visitations schedule with the children. Dependent on the circumstances of the underlying matter that caused the issuance of the initial order of protection, Judge may grant limited visitations, visitations supervised by the relatives or even an agency-supervised visitation.

Another possible ramification of being arrested for domestic violence offense and subsequent issuance of Order of Protection is that a Child Support petition may be filed in Family Court, if the parent who moved out of the residence (usually a father of the children) stops supporting the children financially. If such petition is filed against a non-supporting parent Respondent, such Respondent must appear in Court, and provide the Court with relevant financial information, including income tax returns, pay stubs, W2, bank and other financial statements and file with the Court Financial disclosure affidavit. Based on the financial situation of both parents, the Court will order child support in accordance with FCA provisions. Parties may also agree and stipulate to a particular amount of child support. Besides a basic child support, which is usually calculated as a percentage of parents’ income, the Court may order an additional support covering health insurance for the child as well as an after-school program. These additional amounts usually are ordered in a prorated to the parents’ income basis.

By law, the police is a mandatory reporter of suspected child abuse or neglect. That means, if police find out that children were present during the alleged domestic violence incident, or if the children were somehow hurt, police will report the suspected abuse or neglect to the appropriate Child Protective Services (“CPS”) agency. In New York City this agency is Administration for Children Services (“ACS”).  By law, ACS has 60 days to conduct an investigation into suspected abuse or neglect, and after that time issue their report, either declaring such findings “indicated” or “unfounded”. If such report is indicated against a parent, the record will be entered in New York State Central registry for child abuse and neglect. Such a record will remain there until the youngest involved child reaches the age of 28. It is essential that parents take seriously the request from ACS caseworker to inspect that house where children reside and cooperate in ACS investigation. At the same time, considering there is a pending criminal case, a parent has every right to refuse to give a statement to ACS worker or anybody else regarding the circumstances that lead to his arrest. It is advisable that parents at the very least consult with an experienced attorney before making any admissions to ACS workers or before deciding to disregard their communications.

If ACS worker determines during their investigation that children are unsafe in the current housing, they may temporarily remove the child and place him in a foster family. This will be followed promptly by the Family court hearing that will determine whether to continue such foster family placement. Even without the removal of children, ACS may petition a Family court against a Respondent parent(s), alleging abuse or neglect. It is not uncommon to have both, Criminal Proceedings and Abuse and Neglect case in a Family court against the same person. The purpose of such Family court case is to protect the child and provide the parents with appropriate services and programs, as well as monitor the condition of children. An experienced attorney will be able to help parents to navigate such proceedings and protect their rights.

Sometimes, when there are two or more pending Family Court and Criminal court cases involving the same person, the Court may consolidate these cases before the same Supreme Court Justice, transferring them into Integrated Domestic Violence part (“IDV”). This is done for the reasons of judicial economy and consistency. Even if prior to such consolidation a client may have had different attorneys representing him or her on different matters, or had a private attorney in a criminal case and court-appointed attorney in a Family court case, it makes sense for a single attorney to represent the client in front of IDV part Judge.  When a person gets arrested for domestic violence offense, an order of protection that is issued as the result of that may change that person’s living arrangements. It is important not to violate an order of protection after someone was arrested for domestic violence.

Being arrested for domestic violence as well as potentially related Family court proceedings may have far-reaching ramifications for the Defendant and Respondent, so it is essential that people contact experienced attorney handling these matters.  If you have been arrested for domestic violence, please contact our office for a detailed consultation.

Attorney Advertising:  This information is designed for general information purposes only. The information presented here should not be construed to be a legal advice nor this information of lawyer/client relationship.  To obtain an analysis and advice about your specific situation, please contact our office to schedule your personal consultation.