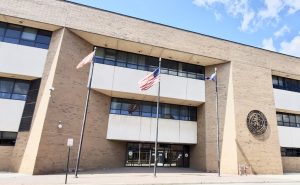 Our advice is always to appear in Court as directed, or, if the travel cannot be rescheduled, at least hire an attorney who can appear on your behalf in Court and present to the Judge Affidavit from the client and any other proof of the travel, such as a copy of the tickets that were purchased prior to the arrest. The reason for this advice is that by law if the defendant does not show up in Court on the date when he was directed to by the Desk Appearance Ticket (“DAT”) that was handed to him at the time of his arrest, the Judge may issue a so-called bench warrant for the defendant’s arrest just because the defendant did not show up in Court. Such bench warrant will be in the system indefinitely until executed, thus subjecting the defendant to the arrest in a different jurisdiction even years from the date of the incident. In certain cases, the court may also suspend a person’s driver’s license for failure to appear in court on a desk appearance ticket.

If the defendant leaves the country and does not show up for court in response to Desk Appearance Ticket, and the Judge issues such arrest bench warrant, the defendant may, later on, be denied an entry visa to the United States, or his existing visa may be canceled, if he is not a citizen of the United States, or arrested at the airport, if his visa is still valid or if he is a legal permanent resident and has a green card. If such an arrest happens in New York, the defendant will be brought to the Court which issued such a bench warrant and will spend in jail most likely at least one day. If the defendant is arrested in a different state, the extradition process to New York may take several weeks, and the defendant will be in custody all that time.

It is much more prudent to address your criminal court Desk Appearance Ticket before leaving the country and resolve the case instead of abandoning it and be subjected to an arrest bench warrant that will stay in the system indefinitely. The absolute majority of the misdemeanor cases, especially if it’s the client’s first arrest, will be resolved without jail or probation, and most likely without even a criminal conviction. On the other hand, once the bench warrant is issued, it is almost impossible to vacate it without the defendant be physically present in the Court. During the past year and a half of the Covid-19 pandemic, the Courts allowed sometimes such bench warrant vacates without the physical presence of the defendant, however, the Courts in New York are gradually reopening and switching to the in-person, rather than virtual appearances.

If the client is out of the country with a bench warrant, he will have a tough choice to make – to return facing an arrest at the airport or to stay out of the country indefinitely. If the client does not have an entry visa to the United States, she/he most likely will be denied such visa while the bench warrant is in effect, and the Court most likely will refuse to vacate the bench warrant without the client being physically present in Court. This Catch-22 situation will make it impossible for the person to ever come back to the United States (or Canada for that matter, because the USA and Canada share their warrant databases, according to our experience). Moreover, some other countries (e.g., members of the European Union) may arrest the person on a US warrant and extradite him to the United States. If the case is serious enough, the information about the bench warrant may be provided to Interpol. Even though not every country in the world has an extradition treaty with the USA, it is possible that such treaties may be ratified in the future, thus subjecting the person with the US bench warrant to future extradition.

It is our advice before making any drastic decision and leaving the country prior to coming to Court on a desk appearance ticket, to contact an experienced criminal defense attorney for a consultation regarding your Desk Appearance Ticket so you know your rights as well as the ramifications of your actions.