Criminal Case – From Arrest to Disposition 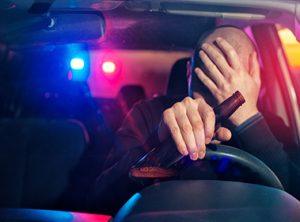 Many drivers, arrested for Driving While Intoxicated (“DWI”) are asking whether they should have agreed to a chemical test offered by police. Under the law, if you are driving, you are giving implied consent for such a test on a lawful request from the police officer. Nevertheless, you will be forced to do such a test only if there is a third party who was injured or died as a result of a car accident where you were involved as a driver, and police had reasons to believe that the driver was drunk. Such mandatory tests may be conducted only on a court’s order based on the sworn affidavit of a police officer.

If the test is not done pursuant to a court’s order, refusal to do such a chemical test will result in the suspension of the driver’s license and subsequent likely revocation of the license for the period of at least one year. If you are sure, that you did not drink too much, there is no sense in refusing the test, because it would not show a high level of Blood Alcohol Content (“BAC”). In case of a test refusal, the driver at the first appearance in Court (arraignment) will be issued a Notice of DMV refusal hearing.

It is very important to hire an experienced attorney for the client’s representation at the DMV refusal hearing. In case a police officer appears for such a hearing, an attorney will have a chance to cross-examine the officer and show the Administrative Law Judge (“ALJ”) any possible violation of the client’s rights by the officer if that took place. If the police officer did not have sufficient reason to stop the car and did not have probable cause to arrest the driver for DWI, did not read the driver refusal warning in a clear and unequivocal language, and if the refusal of the driver to do the test was not clear, ALJ may dismiss the case and restore the driver’s license. Please also do not forget that the official transcript of the cross-examination of a police officer at such hearing may be later ordered and used in plea negotiations with the prosecutor in the criminal case or may be used at the jury trial or hearing in Criminal Court if the case goes that far.

Recently, due to the Covid-19 pandemic and related safety protocols, DMV started conducting Refusal hearings virtually, using software Webex. Clients, attorneys, and police officers may connect to the virtual hearing by either their phone or computer. If connected by computer, ALJ may share on the screen relevant documents intended to be introduced into evidence, such as the Refusal report and Notice of hearing. Other evidence must be submitted by email electronically at least 7 days prior to the hearing. Because it is much easier to appear by phone or computer virtually, then travel to the safety hearing location at a DMV office, police officers do appear more often, and you should not count on the case being dismissed due to the police officer’s failure to appear. Sometimes, when a police officer does not appear at the hearing, ALJ may proceed with the hearing on the Refusal report alone in case the police officer does not show up for the hearing. An experienced defense attorney will be able to attack any deficiencies in such a report, if there is a basis for this, and restore the client’s driver’s license.

At the conclusion of the hearing, ALJ will render his or her decision based on the evidence presented at the hearing. The outcome of such a Refusal hearing may be either dismissal of the case and restoration of the Respondent’s driver license or privilege or revocation of the Respondent’s driver license or privilege for a period of at least one year. In rare cases, ALJ may reserve the decision and render it at a later day upon consideration of all of the evidence. Such a decision will be mailed to all parties.

If the readers should have any additional questions regarding the DMV refusal hearing, please contact our firm at 516-505-2300.