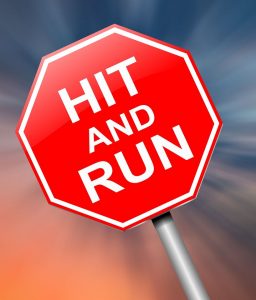 New York State law requires that if a motorist gets involved in a traffic accident that results in property damage or personal injury, he or she must exchange their information, such as name, address, insurance policy information, with another driver. In case there is no other driver involved (e.g. you hit a parked car), a motorist must report the accident to the nearest police station pursuant to New York Vehicle and Traffic Law (“VTL”) § 600.1. (aka hit and run charges)

What happens if you did not notice that you damaged somebody else’s car (parked or moving) or other property and continue driving? Under the law, even though leaving the scene of the accident with property damage without exchanging the information is a traffic infraction and not a crime, police may arrest you within one year from the date of the accident. There may be surveillance cameras at the location of the incident or there may be witnesses who observed you hitting somebody’s car and leaving. Alternatively, it may be a driver of the damaged car, who would follow you, obtain your license plate number and call 911.

Under this scenario, a police officer investigating hit and run case may contact you by phone or in person at the residence where the car that was involved in the accident is registered. It is also possible that the car owner and registrant would be contacted based on the car’s license plate, however, the driver may have been a different person, e.g. a friend or relative who was driving the car with the owner’s permission. While the owner’s car insurance company may be liable for the damages to other person’s property, only an actual driver of the car can be arrested and charged with Leaving the scene of the accident without reporting.

If a police officer has enough information tending to support the conclusion that it was you who was driving the car that got involved in the accident and you left the scene prior to exchanging the information with another driver or reporting it to police, an officer may arrest you, bring you to the local police precinct and issue a Desk Appearance Ticket (“DAT”) to appear in a local criminal court. You are facing up to 15 days in jail, 3 points on your license and/or up-to $250 fine plus court surcharges. Your insurance premiums most likely will jump for several years following the conviction of Leaving the scene of property damage accident.

In case that the driver or the passenger of another car or a pedestrian sustained a personal injury, the motorist may be arrested and charged under VTL § 600.2, which is a crime (misdemeanor or felony depending on the seriousness of the injury) and carries various penalties, including jail, probation, fines, points on your license, dependent on the severity of the personal injury and your prior convictions for similar crimes.

When police conducting an investigation of a hit-and-run matter, they usually start by locating the information of a registered car owner. They will call the owner and inquire of (s)he was the driver or knows who was.  It is very important for the owner of the car not to discuss this with police before speaking with the New York Criminal Defense Attorney.  Attorneys at Sharifov & Associates, PLLC are experienced Criminal Defense Attorneys and will advise you on what to do in this situation. That, of course, depends on whether car owner or someone is known to him was involved in the incident that police investigating.

The reason why the owner should not be talking to the police is that owner would either be admitting to operating a car that was involved in an accident and therefore admitting to an offense (if owner was the driver that left the scene) or naming someone who was. It is unlikely that police will believe an answer that “I don’t know where was my car and who was driving that”.  Owner of the car does not have an obligation to talk to police at all. Therefore, it is better when an experienced criminal defense attorney talks to police in this situation and who handles hit and run cases on a regular basis.

Quite often, admission by car owner gives police that missing element required for an arrest. When a hit and run accidents happened, often witnesses will write down only car license plates without seeing the face of the driver. That is why police need to know who was the driver of the car as it can be anyone who car owner permitted to drive tat day.

If you or someone you know got into a similar situation, please contact experienced Criminal Defense Attorney in New York for a consultation.