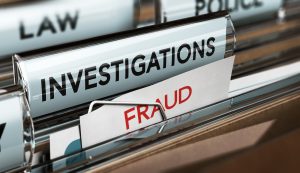 Sometimes our clients are asking us why they are being directed to appear for an interview with NYC Medicaid fraud investigators in their offices. Usually, the client gets a letter in the mail from the NYC investigator directing him to appear in the Manhattan office for a Medicaid fraud investigation and to bring various financial documents, including income tax returns for the past several years. Other times, though less often, Medicaid fraud investigators may come to the client’s home and attempt to ask questions. In any case, people should know their rights and understand that they are not required to answer the Medicaid fraud investigator’s questions, and also that they have an absolute right to have an attorney present during any questioning by the Medicaid fraud investigator.
Our firm’s attorneys have been handling these cases for many years. They went numerous times to the NYC Bureau of Medicaid Fraud, negotiated with that department’s investigators, and resolved multiple cases with the results acceptable to the clients. We are strongly advising anybody who receives a letter, described above, that is requesting that person to appear for an interview with the Medicaid fraud investigator, not to make rash decisions before talking to an experienced attorney, specializing in criminal defense and such administrative investigations.  Often our clients are trying to figure out why they were called for an interview. There might be various reasons, from the regular audit to an anonymous phone call. If a person is working and receives payroll checks, such information is transmitted to the New York State Department of Labor, and also to other City departments. The rolls of Medicaid recipients may be matched against the payroll databases, using various computer software, thus reporting all potential violators. In other cases, after the initial verification of the Medicaid application, city workers may request a credit report for the applicant. Such a credit report may reveal bank accounts, mortgages, and car rental payments. Whatever the initial reason for the request for an interview, this must be taken seriously and responsibly. An experienced attorney will help you to figure out whether you were eligible for the free health insurance, or maybe were eligible during one period of time and were not for another period.  If it will turn out that Medicaid recipient was not qualified for it, New York City may request a repayment of all amounts that Medicaid expended for medical services provided to such recipient, including monthly premiums to the private health insurance, that are sometimes sign up the recipients of Medicaid, for the entire period that the person was enrolled in Medicaid illegally. If you just ignore the letter and do not show up for an interview, such a case may be transferred to a collection attorney. If the demands of the collection attorney to pay the disputed amount are ignored, the civil action may be filed. There is also a possibility of a negative impact on your credit history. In other instances, the case may be transferred to the District Attorney’s office and the person may get arrested. It is obvious, that it’s better to resolve such a case at the stage of an administrative investigation.

How can an attorney help? For starters, it’s necessary to come for a consultation with all financial documents, including income tax returns for the last several years, and assess the financial status of the family who is receiving Medicaid. If it turns out, that according to all eligibility requirements the enrollment in Medicaid was legal during the entire period in question, then such person is advised to go for an interview without hesitation and insist on his right to be enrolled in Medicaid. Such a person does not need additional attorney’s help besides the initial consultation. Unfortunately, it’s not a secret for anybody, that there are instances when people complete Medicaid application not quite accurately, under-report or omit altogether their income, hide the fact that they live together with other working members of the household, or hide the financial assistance of the relatives, that may be treated as an additional income. In that case, it will make sense to utilize an attorney’s help, who will try to professionally prove the eligibility for Medicaid for those periods where there is the basis for it, and will apply every effort and his experience to resolve the case with a compensation payment to the City in a significantly decreased volume, possible with a payment plan, if it’s acceptable to his client.
In conclusion, we would like to stress again, that in any situation that may result in serious legal consequences, including Medicaid fraud investigations, it makes sense to get an advice of an experienced attorney specializing in such cases, before making any decision. If you have any questions regarding this or other matters, please contact our firm.