When Contacted by Law Enforcement Officer 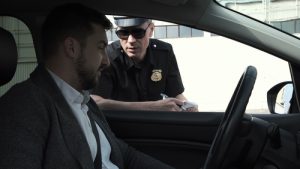 I got a call from a law enforcement officer asking me to meet and answer questions.  Should I talk to this detective? Do I need an attorney?

Often times in our practice we get a call from a potential client who was contacted by a police detective asking him or her to come down to a police precinct “to talk”. Usually, it means that police already made a decision to arrest this person and want him/her to surrender to police for an arrest and booking. Please note, a detective usually will not tell over the phone that he is going to arrest you, and just will tell you to come and answer some questions, or talk about the matter.

Unless you are absolutely sure that you have not done anything wrong, and you have absolutely nothing to hide, we strongly recommend contacting an experienced criminal defense attorney before speaking with any law enforcement officer or going anywhere and trying to explain anything to the police. If you found your self in this situation, call New York Criminal Defense Attorneys – Sharifov & Associates. In the State of New York, if a police officer makes a decision to arrest a person, that decision must be based on a probable cause. Police Officer must believe that this person has committed a crime. Police can then arrest a person in a public place. Nevertheless, in order to enter someone’s residence without an occupant’s permission, police need a search warrant and/or arrest warrant signed by a Judge. It is very rare and usually happens in serious cases, when a detective would go in front of a judge in order to get an arrest warrant. In such an instance, a detective would have to get a prosecutor (Assistant District Attorney, ADA) involved. So, if police are knocking on your door, you have every right not to open that door, not to allow police inside your residence and not to step outside, unless police have a search or arrest warrant in which case they are authorized to break the door and enter. If Police does not have a warrant and a person inside is not opening the door, nothing prohibits Police from staying outside and waiting for you to exit your castle. Police then may make an arrest without a warrant.

You may be wondering what is the point of getting an attorney after such a call from a detective if most likely police will arrest you anyway. First, it is possible for the attorney to talk to a law enforcement officer and find out whether the decision to arrest has already been made, and if it was not, to present the detective with additional information, based on a conversation with a client, and convince detective not to make an arrest or investigate this further before making a final decision. In some instances, an experienced criminal defense attorney can persuade a detective to issue a desk appearance ticket as opposed to sending an arrestee to central booking. Even more importantly, it is imperative not to make any statements to the police if you are being arrested anyway. Police detectives are trained, and it is their job to extract an admission from a suspect. If a decision to arrest has already been made, they are not interested in your explanations, but rather they will try to get an admission of guilt, however slight and circumstantial it is or admission of any fact that would otherwise have to be proven in court by a prosecutor. There is a major difference between a suspect explaining what happened to law enforcement and his attorney.  Not only his attorney will present this information better but more importantly whatever attorney tells law enforcement is not evidence and cannot be used in court. However, anything a suspect tells police, can and will be used again him in a court of law. Out of one hour of your conversation with a detective, a detective may only put down as your statement that you admitted knowing the complaining witness, meeting with him, or simply being at the same time and place as a complaining witness. Detective may omit a portion of a suspect’s statement where a suspect denied any wrongdoing which may hurt defense case later on. Once a defense attorney gets involved, law enforcement, the police is prohibited from asking you any questions based on a defense attorney’s request not to question his client. The only information police are entitled to, is so-called pedigree information, e.g. name, address, social security, date of birth, and in some cases your place of employment or school. This information is used for the booking purposes following the arrest.

Also, a defense attorney may select a mutually convenient date and time for your surrender to law enforcement, whether it is a police of FBI, so you have enough time to prepare for spending approximately 20-24 hours in custody, and can make appropriate arrangements at work and at home. Also, picking a convenient date and time may minimize the time you spent in custody.  Usually law enforcement, detectives will want a suspect to surrender to police custody at the time convenient for the arresting officer/detective. They don’t care if that will cause a suspect to spend more time in custody. However, an experienced criminal defense attorney will make sure that time in custody is limited.

Please note, that detective usually will not tell over the phone that he is going to arrest you, and just will tell you to come and answer some questions, or talk about the matter.

If my friend or relative was arrested in New York City, how soon will he see the Judge? Will they let him go or keep in jail?

When someone close to you gets arrested, it is a big shock and stress for the entire family who gets involved. People do not know the process and police not necessarily give out all the answers. In doing their job, the police are trying to calm down and not to aggravate the defendant and his friends and relatives. A police officer may tell you that you should go to Court and that your friend and relative will see the judge “tonight”. In reality, in New York City it takes approximately 20-24 hours from an arrest time (as entered in the Court’s computer system) to an arraignment hearing in court when defendant sees a Judge and his bail status is determined.

It is important to mention, that when charged with a low-level offense such as a misdemeanor or violation, police may issue a Desk Appearance Ticket (“DAT”), and upon processing in a local police precinct, let the arrestee go and advise him or her to appear in a local criminal court on a particular date. Sometimes police has a discretion with respect to issuing DAT. Such examples are: misdemeanor assault (only if strangers), petit larceny, drug possession, trespass, possession of stolen property, driving with suspended license/registration, hit and run, etc. Therefore, it is important, while not making any admission or giving a statement, to otherwise cooperate with an arresting officer, provide police with a correct name and address and not to resist an arrest. In cases, such as most DWI (unless arrested by a state trooper), domestic violence misdemeanors, and most of felonies, a police officer does not have the discretion to issue DAT and will send an arrestee to central booking upon processing.

In case of DAT, an arrestee may spend in police precinct up to several hours where he/she will be fingerprinted, photographed, and issued DAT. Police will also make sure there are no outstanding warrants for arrest, holds or I-cards on arrestee for unrelated matters.

When an arrestee is sent to a central booking, he or she may see a Judge either the same day or the next day, depending on the time of the arrest. Arraignments are conducted in NYC Criminal Court from 9.30 a.m. until approximately 1 a.m. seven days a week, without holidays. Sometimes, people request an interpreter, even though they speak enough English to understand the officers and CJA (criminal justice agency) personnel that interviews defendants in central booking in order to present the Court with bail recommendations. It is essential to give CJA correct information about your local address and employment if any, so the proper bail recommendation will be presented to the Judge. Sometimes people have a mistaken belief that their lack of English proficiency somehow would help them with their case. If you truly need an interpreter, you should request one. However, if you understand English enough to be interviewed by CJA and answer basic questions about your family, residence and employment, the only result of such interpreter’s request may have is to prolong your incarceration, because an interpreter may not be readily available, and in the case of a late evening, such interpreter may not come until next morning which means more time in custody.

Also, sometimes, people pretend to be sick, or pretend and exaggerate their sickness or injury, and request to be taken to a hospital when they are being arrested. Once again, in case you truly need medical assistance, request it. However, if you believe that going to a hospital somehow would help you with your criminal case or will prevent your arrest, you are mistaken. The only practical effect of this will be a delay with your incarceration. Police officer will accompany you to the hospital, will handcuff you to the hospital bed and will round-the-clock guard you in the hospital until doctors issue a medical release of “fit for confinement. After that you will go back to the central booking and wait your turn to become a “court ready” to see a Judge who then can release you.

At the first Court appearance (called the arraignment) following an arrest, a Judge will listen to both prosecution’s and defense’s arguments regarding whether a defendant should be released with or without bail. (There are also instances when a defendant can be remanded back to jail without any bail). Dependent on the severity of the charges and circumstances of the case, as well as a prior criminal history and any warrant activity of the Defendant and the extent of his ties to the local community, an ADA may request a bail set by a Court to ensure defendant’s return to Court. An experienced criminal defense attorney will present the best argument for releasing the defendant on his own recognizance (“ROR”) or, alternatively, setting a reasonable bail that the family and friends are able to post in Court so the Defendant is released right away. Even the fact that the Defendant appears with a private attorney is considered by the Court in setting a bail amount or releasing defendant without it. If you are released ROR or if the bail has been posted, you are free pending the disposition of your case. If the bail has been set, but your relatives or friends were not able to post it, you will remain incarcerated while your case is pending in court, subject to certain procedural rules outlined in Criminal Procedure Law.

Attorney Advertising:  This information is designed for general information purposes only. The information presented here should not be construed to be a legal advice nor this information of lawyer/client relationship.  To obtain an analysis and advice about your specific situation, please contact our office to schedule your personal consultation