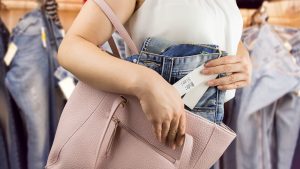 When a person gets arrested for, detained or charged with a Petit Larceny offense in New York, {s}he will undoubtedly have a lot of questions about what will happen next.

Petit Larceny is a class “A” Misdemeanor, (PL 155.25), which is a crime in New York State. People convicted of this offense face up to 1 (one) year in jail, 3 years Probation, Conditional Discharge, and/or up-to one thousand dollars in fines, as well as court surcharges.

A person is arrested and charged with this offense when {s}he takes an item not belonging to him/her without permission and that item(s) is valued less than one thousand dollars and passed all points of purchase. As a general rule, an arrestee is detained, fingerprinted, processed, and transported to a local criminal court where an arraignment takes place. In some cases, instead of an immediate arrest, such a person is given a desk appearance ticket (DAT) and is fingerprinted at a later date.

Unfortunately, many people do not realize that an Arrest itself often caries immediate negative consequences. For example, people who have licenses issued by the state or city agencies often get such license suspended soon after they get arrested and fingerprinted. It is especially true for HHA (home health attendant) and similar licenses, TLC (Taxi and Limousine Commission), security guards and other types of very common-licenses. Such suspensions are in effect during the pendency of a criminal case; depending on the resolution of the case, licenses may get reinstated or be revoked.

If you have been arrested, charged or received a desk appearance ticket for petit larceny, shoplifting contact New York Petit Larceny Defense Lawyer at 718-368-2800 or 516-505-2300 for a free confidential consultation on your matter.  Non-US citizens charged with an offense face even greater problems in the future. The record of an arrest never gets erased, and it may become an issue when a person applies for any immigration benefit in the future. Obviously, a complete dismissal or any other favorable disposition is crucial in any future immigration proceedings. To avoid future problems or mitigate any possible negative consequences of an arrest, you need a professional to defend your case. New York Petit Larceny Defense Lawyer has handled thousands of such cases and we know exactly what result must be obtained in a case involving an arrest for a Petit Larceny, as well as any other criminal case. Depending on the facts and circumstances of each case, as well as a background of a particular client-facing these charges, Petit Larceny can be resolved through various disposition mechanisms. New York Shoplifting Defense lawyer, can request a declined prosecution, or straight dismissal of charges, or an Adjournment in Contemplation of Dismissal (ACD), or disorderly conduct, which is a violation and not a crime.

If you have an open criminal matter and have to appear in court, don’t wait until the last possible moment. Don’t try to handle it on your own because you read about it online, contact Experienced Criminal Defense Lawyer in New York for a free consultation.

If arrested for a Petit Larceny in Manhattan, the case will either be processed in New York Criminal Court at 100 Centre Street, Manhattan or in Midtown Community Court at 354 West 54th Street.

If arrested in Brooklyn for such an offense, the prosecution will take place in Brooklyn Criminal Court at 120 Schermerhorn Street, Brooklyn or Community Justice Center in Red Hook, Brooklyn.

If arrested or charged for Petit larceny in Nassau County, Long Island, the person will be required to appear in First District Court of Nassau County at 99 Main Street, Hempstead, NY 11550

In Nassau and Suffolk counties such cases can also be prosecuted in local villages.