What Happens After You Are Arrested for Assault? 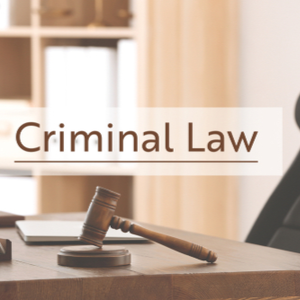 Today we would like to discuss a common criminal charge in connection with the fake (forged) motor vehicle license plates. Most of these cases are charged as class A misdemeanors (a crime)- Criminal possession of a forged instrument in the third degree in violation of NY Penal Law (“PL”) section 170.20, punishable by up to one year in jail, 3 years probation, and/or fines. However, we have seen cases in our practice when police charged people with felony possession of a forged instrument in violation of NY PL section 170.25, which is a Class D felony punishable by up to 7 years imprisonment. The basis for this felony charge is the fact that the instrument itself (motor vehicle license plates) is a written instrument issued by a public office or government instrumentality (e.g., New York State Department of Motor Vehicle (“DMV”) or DMV of another state), which gets forged by a perpetrator.

The typical scenario leading to these criminal charges is that someone usually buys a used car either from the private owner or from the used car dealer and instead of getting legitimate license plates from the DMV or legitimate temporary dealer plates (usually valid for 30 days), buys fake dealer or fake out-of-state temporary plates online (e.g., on a craigslist) or from some shady agency or person. Sometimes, people continue purchasing these fake temporary plates every month, which does not make any sense since it is more costly than obtaining valid plates, and if caught, such driver will be arrested and charged with a crime. We have seen such justifications for purchasing these fake plates, as reluctance to purchase valid car insurance or lack of a valid driver’s license. This is a risky proposition since if caught, such driver will be charged, in addition to criminal possession of a forged instrument (PL 170.20), with driving without car insurance and with unlicensed operation of a motor vehicle. We often hear from our clients, “I did not know that it was fake, I was told it was real, I paid for it”.  Unfortunately, this explanation does not help since only state DMV or an authorized car dealer can issue real license plates.

Some mitigating circumstances in these cases may be the fact that the driver was not an owner of the vehicle and did not know that the plates were fake, or that the driver while being an owner of the car, was inexperienced in buying a used car and honestly believed that the temporary plates were legitimate.  Should our law firm be handling such a case we would request all documents associated with the purchase of the car and its insurance.

Unless the client has a criminal record, particularly including convictions for similar crimes of forgery or criminal possession of a forged instrument (PL 170.20), in all likelihood the final resolution of such a case will be non-criminal.  If you were charged with criminal possession of a forged instrument in connection with fake license plates and have an upcoming court appearance, please do not hesitate to call us for a free consultation.