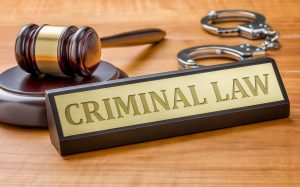 However, if a grand jury does not believe the accused, but instead finds the presented evidence credible, the grand jury will confirm the charges and a felony complaint that was filed to support an arrest will transform into a grand jury indictment. Moreover, a Grand Jury has the power to add charges (if the prosecution offers them to do so), as well as to lower the charges, i.e., indict on a lesser charge, if they don’t fully accept the presented evidence. As noted earlier, the Grand Jury has the power to completely dismiss the charges thus bringing a criminal matter to an end.  In contrast to a felony, a misdemeanor charge does not lead to a Grand Jury.  In a misdemeanor prosecution, it is the complainant (usually called a complaining witness, or, a victim; it can also be an arresting police officer) who must sign a supporting deposition for the prosecution to move forward towards the trial.  The prosecution must obtain a signed supporting deposition from a complaining witness and convert the case within 90 days of the defendant’s arraignment, otherwise the case will be dismissed.

If you have an open criminal matter (felony and misdemeanor charges) and you are not clear what is going on with your case, you can always contact New York Criminal Defense Attorneys – Felony and Misdemeanor Charges Attorneys – Sharifov & Associates, PLLC for a consultation. We will analyze your case, discuss your best defenses and possible outcomes and explain the process to you. You can also contact us if you need a second opinion from experienced criminal defense attorneys in New York – Sharifov & Associates, PLLC – Felony and Misdemeanor charges attorneys.