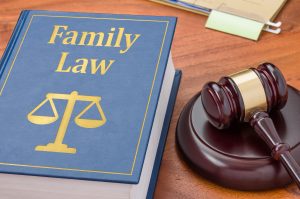 What are the essential issues of any uncontested divorce in New York state? They are the equitable distribution of property, spousal maintenance (alimony), child support (if there are unemancipated children of the marriage), custody and visitation (if there are minor children of the marriage), and the grounds for divorce. The last issue, the grounds for divorce, does not have much importance today when New York state adopted the so-called “no-fault” divorce. Most people, especially in the case of uncontested divorce agree on such grounds for divorce as an irretrievable breakdown of a relationship for a period of at least six months.

So, suppose the married couple has minor children (children younger than 18 years old). In that case, they need to discuss the issues of custody (both residential/physical and legal custody) as well as visitations for the non-custodial parent. If there are any existing Family Court orders of custody and visitation, they may be the basis for the uncontested divorce agreement on these issues. Physical or residential custody refers to the question of where the children actually live, and with which parent. There is a modern trend for joint custody, particularly if the children are older and may spend half the time with the father and another half with the mother thus sharing the custody between the parents.

In New York state both parents have a duty to support their unemancipated children until the age of 21. Children may become emancipated and stop requiring child support when they get married, join the U.S. Armed forces, move out of their parents’ residence, start working and support themselves. In case there are unemancipated children of the marriage, the parties must decide the issue of child support in order to facilitate uncontested divorce. The law requires that any Stipulation of Settlement in case of uncontested divorce (as well as contested divorce) specifically states the amount of calculated child support according to the State Guidelines, and, in case there is a deviation from that amount in the parties’ agreement, the reason for such deviation. The Court must approve the deviation from the Child support Guidelines. As of the date of this blog, the amount of child support for one child is 17% of the non-custodial parent’s income, 25% for two children, 29% for three children, 31% for four children, and at least 35% for five or more children. The income is determined based on the most recent Income tax return as well as other proof of income, and certain deductions are allowed (such as FICA taxes, NYC income taxes, amount of prior Court-ordered child support for other children, and amount of spousal maintenance, among others).

In case the married couple does not have minor or unemancipated children, the only issues they have to decide on are the equitable distribution of property and spousal maintenance. According to New York state law, there is a formula for the calculation of spousal maintenance (which used to be called alimony in the past). This formula is based on the respective incomes of the parties, the payment of child support, if any, and the length of the marriage. The amount of spousal maintenance is limited in duration and its stated purpose is to allow the spouse with less income to become financially sustainable. In the case of uncontested divorce, the spousal maintenance is usually waived or may be factored in the equitable distribution of property.

The general advice for any couple who is looking for an uncontested divorce is to separate all jointly held property, such as joint bank accounts, jointly owned real estate, brokerage accounts, cars, etc. They should also separate all debts and remove each other names from any credit card and bank accounts.

It is always beneficial for the married couple that has decided to divorce to try to resolve amicably all issues of an uncontested divorce. That way they will save thousands of dollars in legal fees and also avoid the emotional rollercoaster and uncertainty of prolonged matrimonial litigation.

Once all issues are resolved and agreed upon, any spouse may contact an uncontested divorce attorney, and he or she will prepare all relevant documents and arrange for their signature and notarization. Once all documents are executed, they will be electronically filed with the New York State Supreme Court. Once the documents are reviewed by the Court clerk, the uncontested divorce attorney may provide any necessary corrections, if needed. The time for the Judge to sign the Judgment of Divorce in New York City and surrounding counties is approximately six months.

If you have any questions regarding the uncontested divorce in New York, please do not hesitate to contact our office.

Attorney Advertising:  This information is designed for general information purposes only. The information presented here should be construed as neither legal advice nor lawyer/client relationship information.  To obtain an analysis and advice about your specific situation, please contact our office to schedule your personal consultation