Why do I need a Prenuptial Agreement? 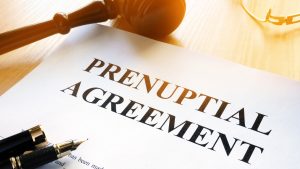 In this challenging time of Covid-19 public health emergency, we need to remind ourselves that life is still going on. Recently, New York Governor Andrew Cuomo issued Executive Order allowing people to get marriage licenses remotely and get married via video conference. As Governor Cuomo jokingly noted, there is no excuse now when the question comes up. Interestingly enough, while more than 50% of all marriages in the United States end in divorce, only approximately 5% of married couples sign a prenuptial agreement. Experienced New York prenuptial agreement attorney can help you to understand whether you really need it.

Why do I need a prenup, you may ask? If I am in love and trust my partner, why do I need a contract that spells out what happens if we get divorced? If you do not trust your partner, why bother getting married? There is no short and clear answer for everybody. Perhaps, for some people, a prenuptial agreement is completely unnecessary and may even ruin romance and the chance of going through with the marriage, because another partner may get offended by even mentioning the prenuptial agreement.  For example, if you both are young, this is your first marriage, you do not have children, you do not have many financial assets, you are just starting out in life and your income potential is comparable to each other, most of the people in such position will not consider a prenuptial agreement. After all, if it does not work out, and you eventually will have to get a divorce, you will split your marital property equitably in accordance with the laws of the State of New York, if you reside here or get divorced in New York. But what if one of the partners does not have anything and is unemployed or barely employed, but another has substantial assets in his name and children from prior marriage for whom they want to provide financially? What if another partner is much older and wants to put other relatives in his will? Will it be fair, if, after a few years of marriage, one of the partners will be able to claim a substantial portion of another partner’s property or business that was built over several generations just because husband and wife did not get along? Every couple will have to answer those questions themselves and will have to make their own decisions. In order to do it intelligently, you should understand the purpose of a prenuptial agreement, its advantages, and its limitations. Ultimately, the decision is yours. The Prenuptial agreement attorney will go over your specific situation to assist you in determining if you need one.

What happens if I refuse to sign a prenuptial agreement?  In this country, people are free to do what they want within the limits of the law. You are definitely free to refuse to sign a prenuptial agreement if you do not like what it says or even if you do not like the very idea of the prenuptial agreement because it is ruining the romantic atmosphere of marriage proposal and preparation. One of two things may happen after that if you are persistent. Either your partner will agree to get married without such agreement or you will remain single and look for someone else.  While it is not the place for an attorney to give marital advice, we can definitely explain the legal ramifications of getting married without a prenuptial agreement and later getting a divorce. There is a third alternative when people execute a postnuptial agreement after they get married. It is treated as a conditional separation agreement that becomes effective upon the occurrence of a separation event, as described above. However, if you get a divorce without a prenuptial or postnuptial agreement, New York DRL will provide the framework for various aspects of the divorce. First, there will be an equitable distribution of marital property. The word equitable, though sounding similar to “equal”, does not mean “equal”. It means what it says, equitable, e.g. just and fair. Who decides? Unless you enter a settlement agreement as part of the divorce litigation, the Judge will decide what is equitable. Both husband and wife will be required to file with the Court full financial disclosure, list all of their income and property. Then the property will be marked as either separate property of Husband, separate property of Wife, or marital property. Separate property of either party will remain separate, and marital property will be divided equitably by the decision of the Court unless parties reach an agreement. The longer the marriage lasts in New York, the closer equitable distribution will look to equal 50/50 distribution.
An absent prenuptial agreement, Court will take into consideration such factors, as parties’ respective age, length of the marriage, parties’ income, education, income potential, parties’ contribution into marital property. The purpose of a prenuptial agreement, among other things, is to spell out which property will remain separate, which property will be considered marital, and how marital property will be distributed in a divorce. Absent such a prenuptial agreement, the Court will rely on New York DRL. Another aspect of any divorce proceeding is spousal support or maintenance, sometimes called alimony. New York DRL provides a formula based on the parties’ respective income, length of the marriage, the custodial status of children, if any, and the amount of child support payable to the custodial parent if any. Such spousal support is limited in time. If parties execute a prenuptial agreement, they may expressly waive spousal support or may set support amount based on the length of the marriage. The Court will usually enforce such spousal support provision provided they are otherwise legal and not against public policy. If the married couple has children in common, another aspect of divorce will be custody and visitation, and child support. New York courts have jurisdiction over minor children residing in the State, and will closely examine prenuptial agreement’s provisions regarding such custody, visitation, and child support. The Court will generally enforce such provisions if they are in the best interest of the child and provide the minor child with at least minimum support allowed by law. In an absent prenuptial agreement, the Court will use DRL or FCA provisions regarding custody and visitation, using the best interest of the child standard. As for the child support, absent prenuptial agreement, the Court will award child support in accordance with Family Court Act provisions (e.g. 17 % of non-custodial parent’s income for 1 child, 25% for 2 children, 29% for 3 children, etc.) FCA allows the Judge certain discretion to deviate from Child support guidelines, based on the individual circumstances. Furthermore, the Judge is allowed to impute income to the non-custodial parent based on his prior income and ability to earn money based on his education, skills, and prior work experience. Experienced New York prenuptial agreement attorney will analyze your specific situation.

Does the prenuptial agreement affect the inheritance rights of the spouses?  A typical prenuptial agreement will modify the inheritance rights of each spouse. New York Estate, Powers and Trusts Law (“EPTL”) provides the scheme for probate of the wills, as well as for so-called intestate distribution when there is no will. Prenuptial agreement may provide a waiver of EPTL and limit the amounts that may be distributed by will. It also may waive parts of EPTL that regulate spousal elective share of the estate. By law, the deceased person cannot completely disinherit his or her spouse. If that happens, such disinherited spouse may proceed in Surrogate Court claiming his or her elective share equal to one half of the net estate if there are no surviving children or one-third of the estate if there are surviving children of the decedent. Prenuptial agreement may contain provisions with a waiver of such spousal elective share. Also, if a person dies without a Will, New York law provides for specific distribution of property. Under the law, the surviving spouse, in this case, is entitled to the first $50,000 of the net estate, and one-half of the residual value, if there are surviving children (another half will go to the children). If there are no surviving children of the deceased person, the surviving spouse is entitled to the entire net estate in case there was no will. These provisions of New York law may be waived by the prenuptial agreement. In practice, this is done, when the person wants to provide a significant portion of his estate to his other relatives, such as adult children from prior marriage, or parents. In conclusion, we would like to wish every bride and groom a happy lasting marriage for many decades to come. Nevertheless, if you are interested in exploring your options with a prenuptial agreement, need consultation, review, drafting, or negotiation of the prenuptial agreement, you can always contact experienced New York Prenuptial Agreement Attorney, Sharifov & Associates, PLLC.